There is nothing more discouraging than a satisfied slave

After hurricane Irma struck Cuba, a peculiar photo went viral. It depicted a group of men playing dominoes in the middle of a flooded street in Havana. Soaked with a mix of seawater and wastewater, they seemed to enjoy the moment while ignoring the devastation of the city and their neighbors’ efforts. This image sparked a heated debate about the current state of the Cuban society (Weissenstein and Rodriguez). For some, it proved the resilience of the Cuban people, facing countless adversities and still willing to laugh and be happy. For others, it evidenced the complete deterioration of our social fabric, and a widespread state of “happy slavery” after almost 60 years of revolution. In other words, the final victory of the lumpenproletariat over the sacrosanct ideal of новый человек (“the New Man”).

I have been looking for a place in Michael Edwards’ Civil Society where this image could fit. Not because the exceptionality of the moment caught by the photographer, but because of its representativeness of nowadays Cuba. Page after page, I looked for an accurate model or theory that may describe the current situation of civil society in my home country. Yet, I have ended up with more questions than answers. When connecting my questions, I realized they are all related to the interpretation of civil society as the good society (Edwards 43).

The organization of Edwards’ essay around three main interpretations for civil society—associational life, good society, and public sphere—provides a fertile soil for establishing further relationships among these three main ideas. However, the conceptualization of civil society as the good society is the one that caught more my attention.  Because, on one hand, to conceive civil society only as associational life poses the risk of depriving it from its potential for social change (Edwards 16). On the other hand, the idea of civil society as the public sphere becomes impalpable in strong authoritarian contexts. In Cuba, authentic associational life—independent from the State control—is strictly prohibited. Consequently, the public sphere has been absorbed by the state and constrained to a very narrow range of views and interests (Edwards 71-72). Only by interpreting civil society as the good society, I can glimpse a tiny ray of clarity in the middle of the stormy sea that is Cuba. Not surprisingly, this interpretation was the main inspiration for dissident groups and pro-democracy fighters during the last ten years of Communist rule in Europe (Edwards 44).

In order to unravel this puzzle, I want to explore the effects that strong authoritarian regimes—specifically, Communist regimes—may have on civil society, social capital, and civic culture. We can think about social capital as the set of shared values, knowledge, and mutual relations that empower individuals and groups with mutual trust and shared work (Australian Bureau of Statistics 3). Moreover, we can agree with Edwards when he states that “the achievement of the good society requires both norms of behavior that infuse institutions with values-based energy and direction, and political settlements that legitimize and sustain these values and directions in the polity” (47). However, what happens when the norms of behavior of a whole society are systematically pervaded by distrust, ignorance, and uncivil patterns of conduct? What happens when the political settlements cannot sustain neither values nor directions in the path of a nation? What are the effects of a decimated social capital on the Cuban civil society?

Despite the aura of idealism that have surrounded it, the Cuban revolution was totalitarian enough long before the Soviets exported their very effective model of communist tyranny. Although after the Soviet collapse it mutated to some sort of modern feudalism (where one family controls political power), it is good to remember that this mutation did not affect its basic genetic material: Totalitarianism. Yes, ideologies matter because, when sustained over long periods of time, certain ideologies may end up eroding the very foundations of national values and turning civil society into “a technical exercise in government planning” (Edwards viii). I can identify at least three main eroding forces that are strangling our social capital: societal structure, deterioration of civic values, and sustained emigration.

Firstly, Communist rule in Cuba has generated a pyramidal society where citizens can only act based on commands. Initiatives that do not come from the top of this pyramid are considered threats to the establishment. The creation of complex and accurate mechanisms of surveillance, carefully implement under the instructions of Soviet and Eastern German agents (KGB and STASI), have deeply undermined people’s trust. Opposition and civic organizations in Cuba do not gain popular support because citizens are in a constant fear of being under surveillance (and indeed they are). Private organizations born from voluntary initiatives are not trusted, even when they do not aim to explicit political goals. Only with the sponsorship of trusted governmental actors, these “small-scale, informal enterprises” can exist (Edwards 27). Unfortunately, these small businesses and entrepreneur initiatives are not contributing to the development of civil society nor social capital in Cuba. On the contrary, they are utilized as a governmental placebo. Foreign press and American tourists advertise them as signs of “change” without fully understand the context—a very comfortable touristic myopia. As a result, during the last two decades many people have become conveniently “apolitical”. This is what happens when the sphere of civil society is placed in hands dominated by purely economic interests (Edwards 27).

Secondly, the deterioration of civic values in Cuba has reached unseen proportions. We are now collecting the fruits of a poisoned seed planted by the establishment long time ago. Since the early 1960s, the Cuban regime enforced vulgarity, macho stereotypes, and intolerance as substitutes for our rich and vibrant popular culture. Basic civility such as good manners, dress codes, and respect were repudiated as “capitalist symbols” and “bourgeois elitism”. Family values and religious values were among the most affected. With the creation of mandatory boarding schools all around the country, boys and girls as young as 11 years old were separated from their families and educated under the “new” ideology. Nowadays, we are to harvest the bitterest fruit of all: our old teachers, grandparents, and aunties are finalizing their vital cycle. They were the only ones with memories of a more civic era (a pre-revolutionary era). As our seniors leave this world, a very degraded version of the Homo Sovieticus[1] is taking over the education of the new generations in Cuba.

Finally, 60 years of continued emigration have played a capital role in our social drama. This role must be considered as a double-edged sword. In one hand, emigration has benefited many families and considerably improved the quality of information flowing inside Cuba. On the other hand, it has exacted a heavy toll on Cuban social capital by depriving our country from its most educated sector. Highly educated people are more prone to emigrate and succeed. Among these educated exiles, there are noticeable efforts and a sustained work on behalf of democratic reforms for Cuba. Unfortunately, most of the times this work is disconnected from the inside of the island. The increasing use of social media among these groups of exiles has generated a dangerous mirage: from the outside it may look like they are changing Cuba, but they may be just running in circles, very small and enclosed circles with no open doors for the millions of dominoes players living inside.

It has been almost 30 years since the fall of Communism in Europe and a new generation has come to age, a generation that has never experienced the radical left in power, a generation that ignores that behind the romantic visions of Communist justice and equality dwells an obscure thirst for power and control. Not surprisingly, a few days after this picture was taken, Cuban journalist Carlos Alberto Montaner equated Communism and hurricanes. Conversely, the author stated that despite their similarities there is a radical difference. Because hurricanes last for a few days and take away people’s homes, their harmful effects are easier to mitigate. Communism, however, may last an eternity and what it takes away are people’s deepest hopes and their inherent freedom.

Without basic freedoms, there cannot be a thriving civil society. With no associational life allowed, and with a constrained public sphere, a great majority of the Cuban people dwells in social and civic unconsciousness. What’s to be done in order to break this discouraging state of “satisfied slavery”?

Only by fostering what is left of our social capital—inside and outside Cuba—and replanting the soil with these seeds, a healthy social tree may grow up in the future. Realistically speaking, this future seems extremely distant. Still, I want to believe that we can make it happen. We, and only we, can make our tree flourish again on a solid terrain of plurality and democracy (Edwards 71).  A democracy and freedom for all and with all, starting with the dominoes players in this photo.

[1] See Zinoviev, 1986. Although it was published in English for the first time in 1986, this book circulated as a samizdat in the USSR and other Eastern European countries since the early 1970s. A Russian version from 1981 can be found here: http://www.zinoviev.ru/ru/zinoviev/zinoviev-homo-sovieticus.pdf

2 thoughts on “Civil Society and Social Capital in Cuba (What’s to be Done?)*” 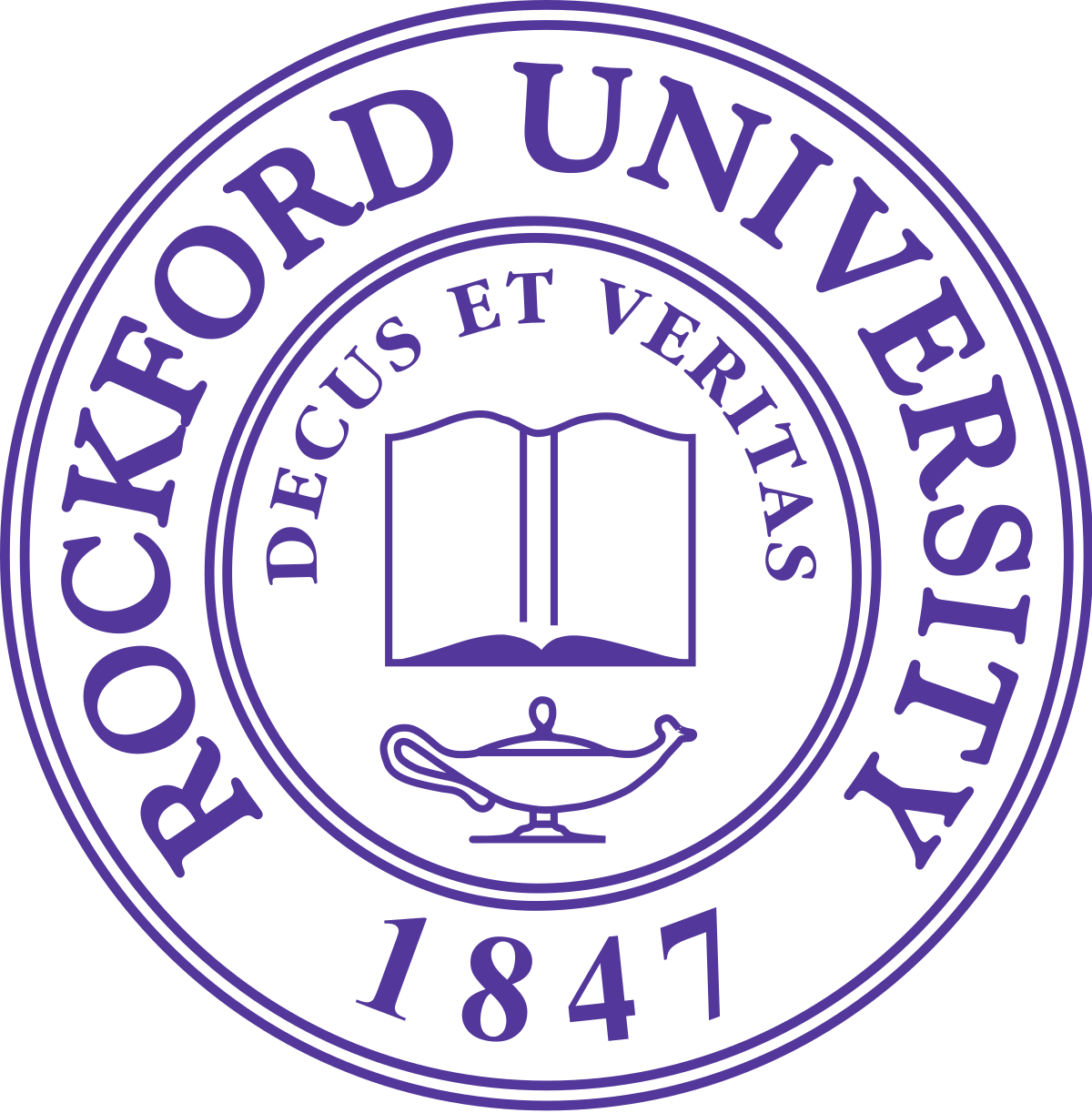